Mongolia - The Land of Genghis Khan

Genghis Khan was born in 1162 in north east Mongolia. He became ruler of the largest empire the world has ever known.

Wherever you travel around Mongolia, you will always be welcome in a Mongol's ger.

Best of The Best

You will be transported back to ancient times, to a culture that has changed little since the days of Genghis Khan.

In a land of nomads, the temples and monasteries were built to inspire and impress.

Mongolians hold an unparalleled record of innovation. Come and see for yourself.

Mongolia is most famous for its remoteness and for its greatest hero, Genghis Khan. Both have influenced the culture and development of the nation in such a way as to make it a unique and fascinating place which has retained its own identity despite its position sandwiched between giant neighbours Russia and China. Mongolia is the 19th largest country in the world, yet with a population of less than 3 million most of whom live in the capital - it is the most sparsely populated independent country of all.

These days Mongolia is recognised to be a relatively safe and peaceful nation...

Mongolia's economy is quite unique in the world with one third of the population...

In the 13th century, when Kublai Khan ruled the Mongol Empire, Buddhism was favoured...

The Mongolian climate is really harsh so the tourist season is restricted to June...

These days Mongolia is recognised to be a relatively safe and peaceful nation, on friendly terms economically with its neighbours. Since the recent discovery of vast gold and coal reserves in the Gobi Desert it has been regarded with much greater interest and respect by other nations, resulting in a sudden influx of foreign investment and very fast progress and development, particularly in the capital Ulaanbaatar. Designer shops, expensive cars and glossy magazines for the wealthy to display their opulent lifestyle contrast markedly with the struggling families living on the edge of the city in the ger districts without running water or a public sewage system.

Mongolia's economy is quite unique in the world with one third of the population being nomadic and self sufficient. Since the 1990s when Mongolia ceased to be dependent upon the Soviet Union, the economy has developed well. At first there was a severe recession, but the industries of tourism, cashmere and copper mining were consistent.The disparity between rich and poor, particularly in Ulaanbaatar, becomes ever more obvious. The cost of living has increased dramatically over the past few years and many ordinary families struggle.

The Mongolian tourism industry has undergone significant changes in the past few decades, but unfortunately it has failed to realize its potential. The country suffers from significant seasonality resulting in an influx of visitors during the summer months that place strain on the country’s infrastructure and a dearth of visitors during the cold winter months. This in turn increases the cost of tourism products and reduces the attractiveness of careers in tourism.

Mongolia’s economic growth is largely controlled by the exploration and exploitation of its mineral wealth. There are many individual mines around the country containing different minerals including gold, silver, copper, coal, and molybdenum. Mining is not a new phenomenon in Mongolia. Operations began during the Socialist period and even then sustained the country’s economy, albeit on a much smaller scale and without the influence of foreign capital. Mongolia is ranked second in the world in terms of copper reserves and the Oyu Tolgoi copper deposit in the Gobi Desert is considered to be over three times larger than the Erdenet mine.

Consider the nomads still living a self sufficient existence out in the countryside with their herds of animals; one can only wonder at the remarkable rate of change that has occurred in the space of less than 20 years. Prior to 1990 Socialist Mongolia was strongly influenced and supported by the Soviet Union and there was no such wealth disparity. The peaceful Democratic Revolution of 1990 with the introduction of a multi-party system and a free market economy, has led to where we are today. Of course, still with the same problems of small population, massive land mass and extreme weather conditions.

In the 13th century, when Kublai Khan ruled the Mongol Empire, Buddhism was favoured amongst all the religions represented in the Mongol Court.

Tibet's leader, Sonam Gyatso, met the Mongolian Lama Altan Khan in 1578 and was given the title "Dalai Lama", a Mongolian name meaning "ocean of wisdom".

Zanabazar (1635 - 1723) was the first Bogd Khan, a line of reincarnate Lamas who ruled Mongolia's spiritual and secular affairs. He was a great artist and politician.

Buddhism arrived in Mongolia during the 13th and 14th centuries with the creation of the Mongol Empire by Genghis Khan and the establishment of the Yuan Dynasty in China. Mongol conquerors entered and took over control of Tibet and it was the Tantric Buddhism of Tibet, with its shamanistic associations and leanings, that intrigued the Mongols. During the Yuan dynasty, many of the Mongols converted to the Tibetan form of Buddhism and many high Tibetan monks (lamas) lived in the Mongol capital of Dadu (present day Beijing). Perhaps the most important event leading to conversions was the invention in 1269, of a block script in which to write Mongolian, by the lama, ‘Phags pa. This resulted in the translation of many Buddhist scriptures into Mongolian and the greater accessibility of these scriptures to Mongolian monks and nuns. In spite of these translations, Buddhist conversion was mainly limited to the nobility and the ruling families; the ordinary people, mostly nomads, continued to practice their traditional shamanism.

Jebtzun Damba (1870 - 1924) held spiritual and secular power in Mongolia after the 1911 Revolution when Mongolia became independent.

During the 1930s, the Soviet Communists campaigned against religion, destroying most monasteries and the Lamas were killed or disappeared.

Since the Democratic Revolution of 1990 there has been complete religious freedom in Mongolia. Monasteries have re-opened and new ones built.

Set in the heart of Central Asia, Mongolia is a vast country covering an area the size of Western Europe. The climate is extreme, with winter temperatures falling to - 30 °C or lower and summers + 30 °C or more. The geography is varied, with the Gobi Desert to the south and cold mountainous regions to the north and west. Much of Mongolia consists of open steppe, with forested areas comprising 11% of the total land. 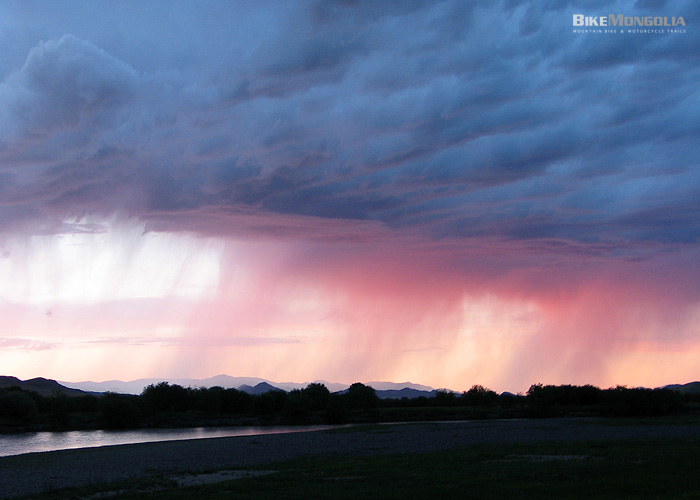 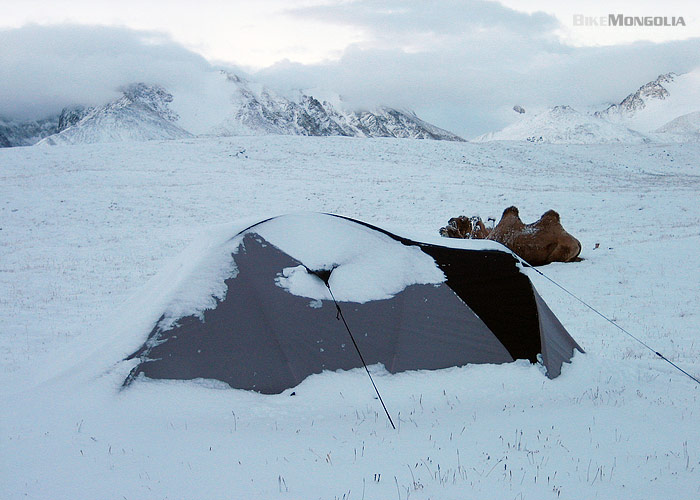 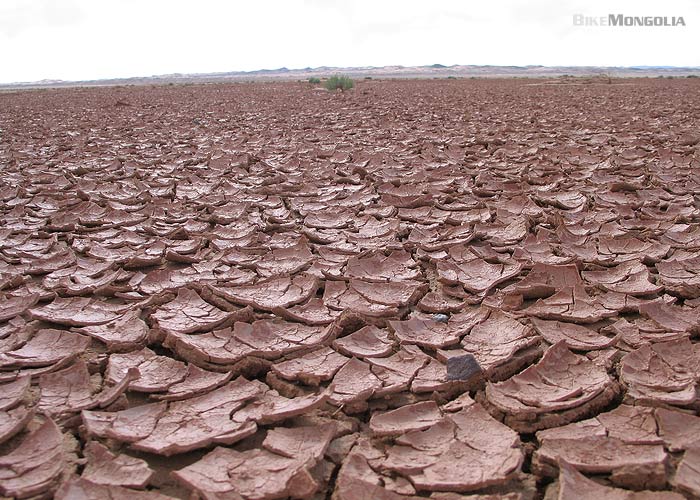 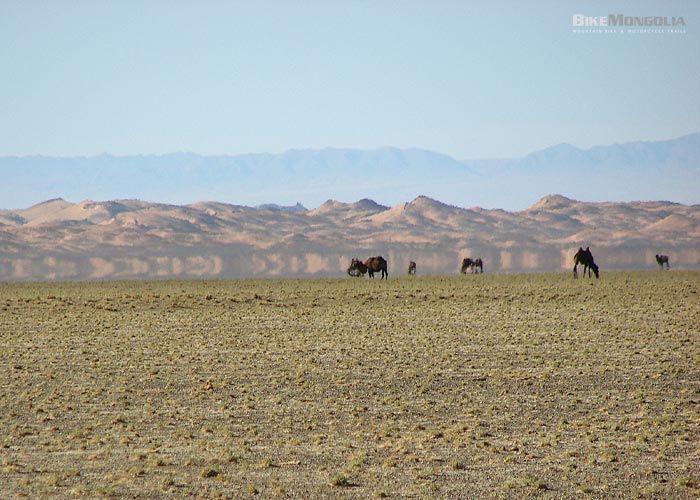 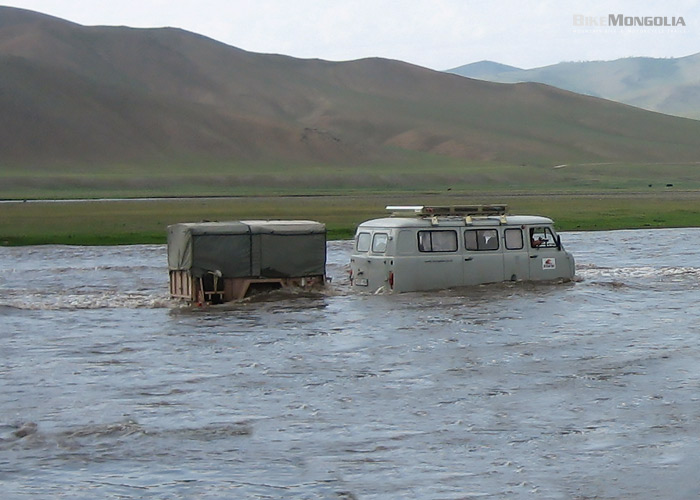 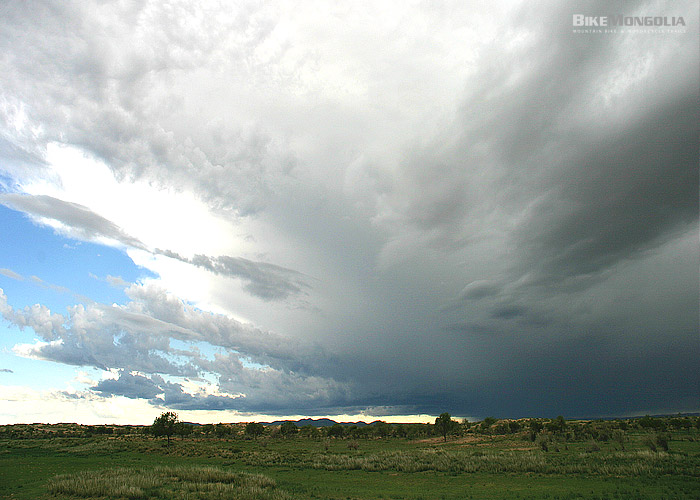 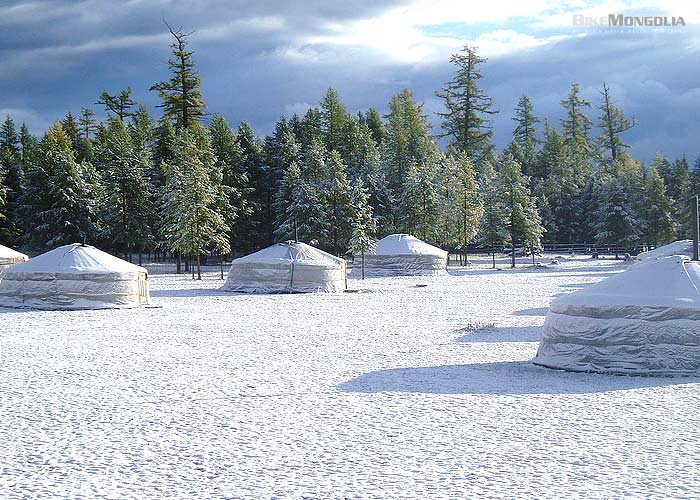 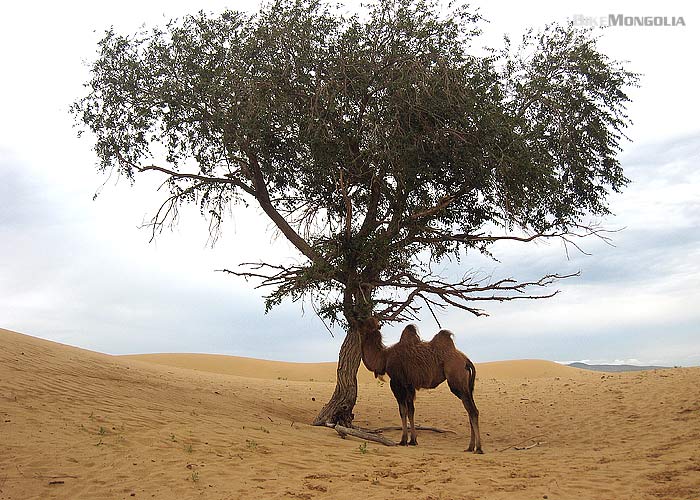 The geography of Mongolia is varied, with the Gobi Desert to the south and with cold and mountainous regions to the north and west. Much of Mongolia consists of open steppe, with forested areas comprising 11.2% of the total land area. The highest point in Mongolia is the Khüiten Peak in the Tavan Bogd massif in the far west at 4,374 m (14,350 ft). The other major mountain ranges are the Khoridol Saridag range in the northern region of Khovsgol and the Khangai mountains which run from north to south through the centre of the country.

The Mongolian climate is really harsh so the tourist season is restricted to June to September. Outside those months it is too cold and most tourist facilities close down. In January average temperatures regularly drop as low as −30 °C (−22 °F), and there will be snow, blue sky and sunshine almost every day. A vast front of cold, heavy, shallow air comes in from Siberia in winter and collects in river valleys and low basins causing very cold temperatures while slopes of mountains are much warmer due to the effects of temperature inversion (temperature increases with altitude).